Culture Stains us or Sustains us

Culture carries and if we’re lucky we come out of the gates like Bo Jackson between the gridiron and the diamond. In many cases culture makes the Michael Jordan two-sport transition in us, we’re otherworldly in between the hoops but challenged moving the field between bases.

Most of us aspire to be the same person that we are in the office that we are outside of it, but we know this to be largely unattainable and I would argue that this altruistic belief is better in theory than it is in practice. Because for many of us the work that we do asks us to be progressive and divisive. The best version of harmony we can get is when the organisation and individual have alignment in values and in the how.

Culture either stains us or sustains us, it’s another label that we tac on top in our evaluations.

“Because you come from so and so company, therefore you must be that type of person and that doesn’t work with us.”

An assumption like this helps us to narrow the list of candidates, but this is classical trap thinking because assumptive narrowing creates opportunity cost.

Professional environments shape behaviours and there’s no reason to believe that we can’t migrate from one culture to another. It starts with looking at the person’s values and asking how they can “culture shed” from one environment to the next. Real adventures and possibilities begin when we communicate in truths, dialoguing the trickier topics gives us the best chance at a win-win.

We have to appreciate that for many a talent when they show up on the first day they have to read the room before they dictate to the room. And teams/organisations want people to be adapting to their culture rather than having the culture adapting to the individual because that’s simply not scalable.

So, rarely is someone a 100% cultural fit from day one and leaders backed by their organisations have the opportunity to run culture shedding activities with their onboarding of talent. Regardless of whether they come from a good company, everyone benefits from a decluttering, dusting off and a fresh perspective. 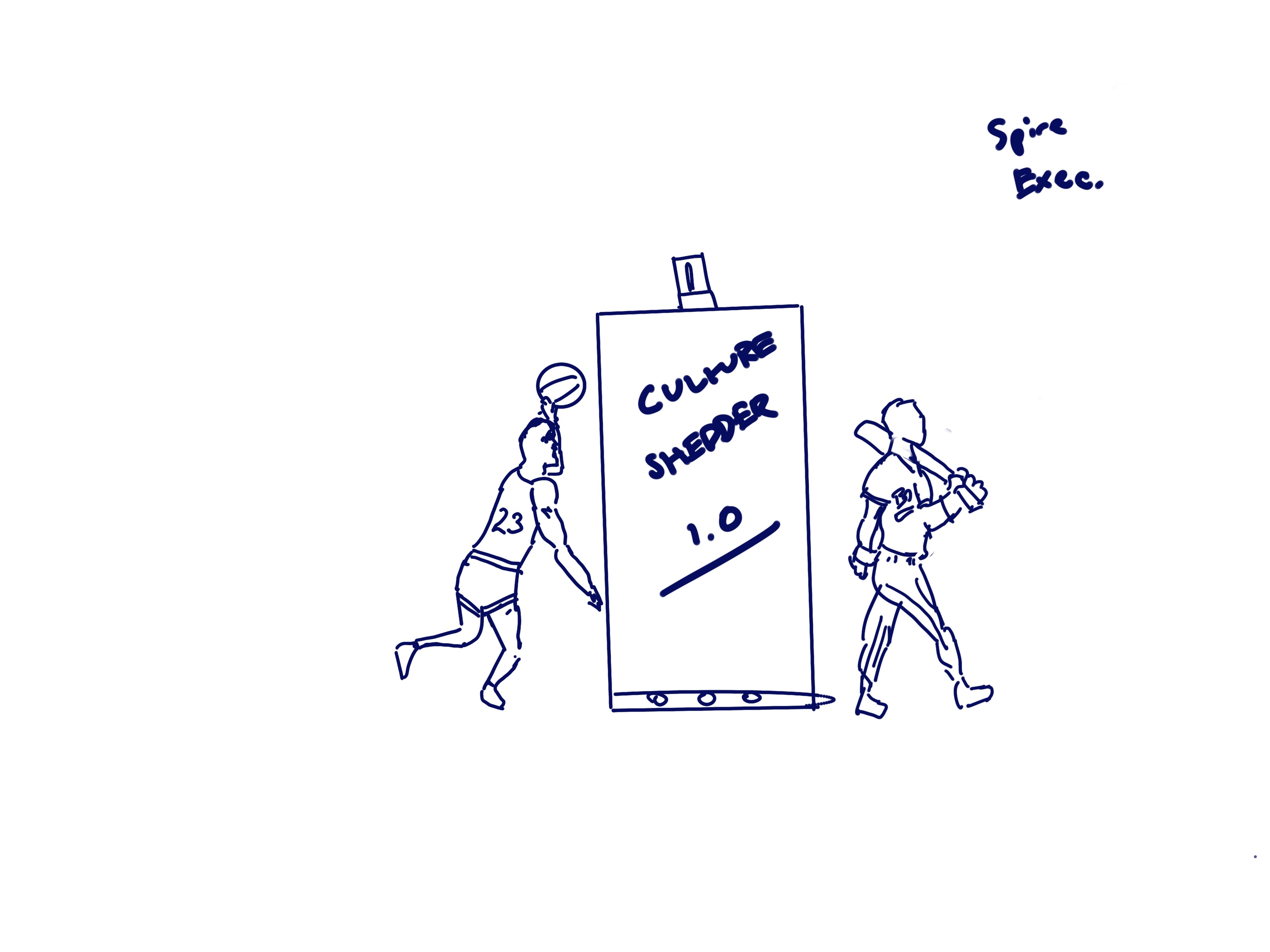 We’ve become experts in seeing if someone’s got the credentials and the resume, but the off-paper conditions which matter so much are largely mythical, unwritten and hard to define. If it is culture that enables us to sink or swim inside an organisation, how much of our previous cultures act like a boulder tied to the foot in the deep end of the pool? Culture can’t be assumed and just because you were able to dunk unlike anyone else doesn’t mean you’ll hit homers in the next chapter.

The following age-old expression is timeless, “onboarding starts from the first interaction/impression”. The shedding shouldn’t happen on the date that someone reports to duty and that’s what a Spire Executive is for. For setting the tone, communicating the conditions, having the hard conversations, increasing the level of knowing and for carrying over someone from one culture to the next.

P.S. MJ the Greatest, referenced to only with metaphorical intention.