What do Troy Aikman, Stevie Wonder and Blondie have in common?

They are all inductees into a “hall of fame”, they’ve received lasting recognition for contribution and performance. Their names in the history books.

Organisations have alumni networks and recognition programs, but rarely do they offer the incentive of “A Plaque In The Wall“.

Over the next 5 years we’re going to witness a critical transfer of knowledge in the sourcing industry as many of the current cohort and stalwarts depart the industry finishing their final missions. A human capital crisis is looming with a shortened supply of fresh talent into the industry and Covid further dwindling interest in a sector that’s notorious for its “hard grind”.

Current horizons of change extend through this 5-year span as well as beyond and it’s critical that current leadership in the industry takes point and ownership in the journey to drive progress that most supply chains are still in the early stages of.

Adequate incentives to leave lasting and sustainable results don’t often exist beyond earnouts and stock options. Even fiscal motivation has its limitations.

Reputation and Legacy, for many in the industry these two words hold equal status with financial motivation. There’s no better incentive for someone to create a sustainable path for your business than being inducted into your company’s hall of fame.

Hall of Fame Thinking
With a potential place in History as an incentive, it strokes the ego that we all have and more importantly it encourages behaviours as well as actions that are aimed at “lasting or permanent results” matching the cadence of history. Many businesses now look beyond “the what” and closer at “the how”, if you score high in both you’re a first-ballot Hall of Famer.

Protecting and transforming in the industry at this current time is critical to survival and medals for service might be the best way to further ignite care for the supply chain sector’s future among the leaders that will be handing on the baton to the next wave of torch holders.

Earning the Hall of Fame Bust
A committee of already would-be Hall of Famers and key partners/stakeholders of the business who’ve been involved with the organisation either externally or internally, followed by a vote from staff that have worked in the business under the period of the potential inductee’s tenure in the company. The points criteria and the weight attributed to different voters varies from business to business, but the inclusiveness ensures that people vote for not just “the what”, but also “the how”.

History Book Benefits
– A permanent place in history is priceless, currently people have no platform to relive or reflect on a career of accomplishments and challenges overcome beyond what they’ve earned and the memories stored. A place in a company hall of fame gives permanent & official recognition that a reference letter or thank you card cannot. The key here is continuous recognition

– Continued engagement with the business that one has worked with. Emotional attachments between companies and individuals exist, many refer to their teams as family. Some individuals want to close the chapter on their career without closing the door to their company. Mentoring opportunities, speaking engagements and workshops, paid opportunities if need be. For many the desire to contribute still lingers beyond permanent employment status

Most leaders in the industry care about and hope to create a better as well as lasting future for the industry, with Hall of Fame incentives there’s a be a better incentive for horizonless thinking.

Can you picture yourself? 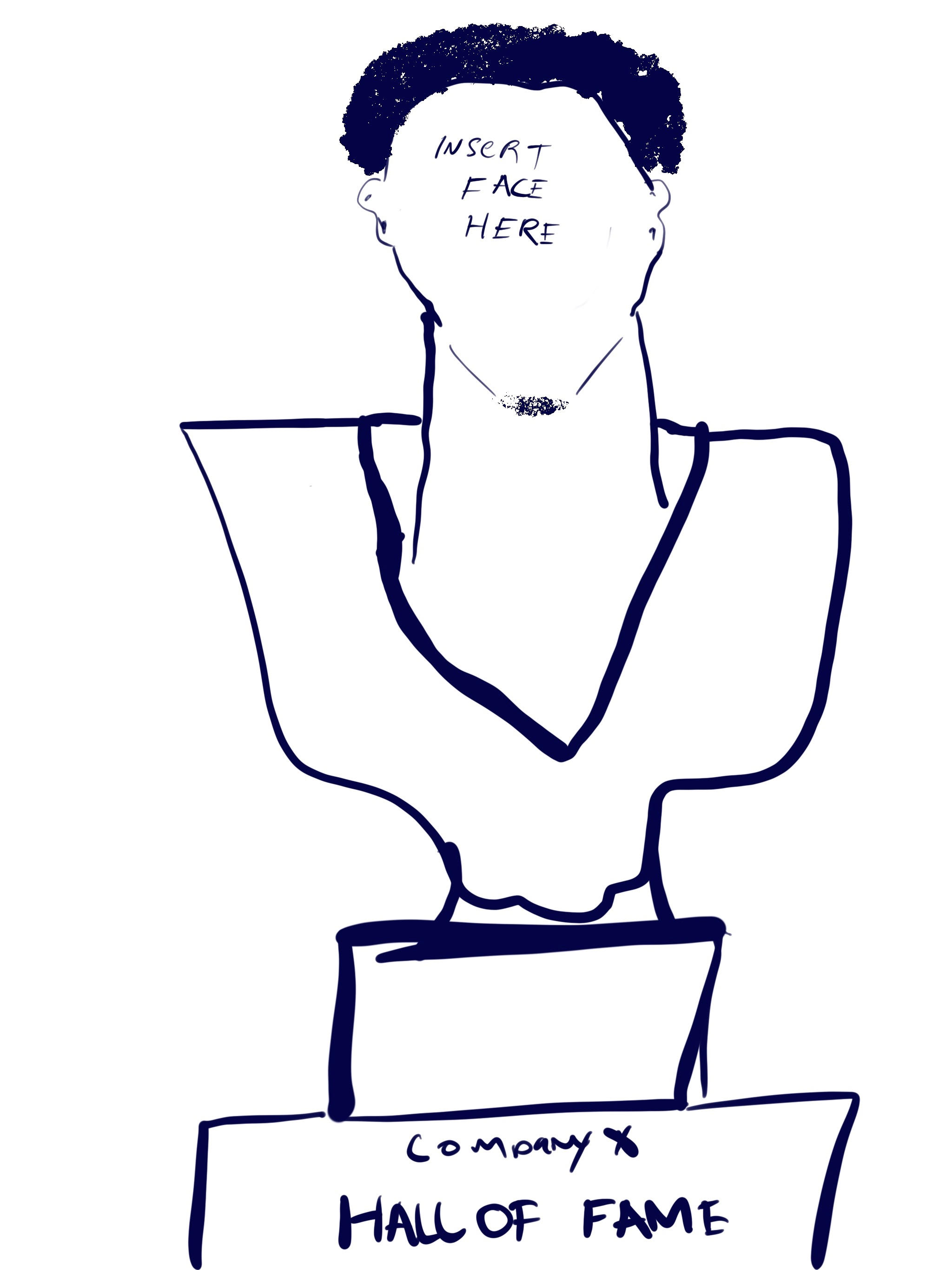