On a December morning 70 years ago the Japanese launched an attack on Hong Kong that resulted in the city’s fall and occupation until Japan’s surrender marking the conclusion of WW2. The land of the rising sun’s victory may have been inevitable, the Allied Force’s resistance lasted just over 2 weeks, the defense’s short duration can’t be blamed on the element of surprise or lack of resources alone. Attitude may very well have played a role.

December of 2020 we were given a guided tour of some of the city’s military installations around The Wong Nai Chung Gap by Martin Heyes (I’ve linked him below), the tragic ground we stood on marked a place of vicious fighting between both sides. Before the conflict ensued Martin shared some stories recounted from the Allied perspective about the days leading up to the action.

There may have been an air of superiority in the defending forces. A belief that they could not possibly lose because they’d (British & Colonial forces) never been defeated by “Asiatics” before.

The rude awakening of 2020 has kicked many off of their podiums, what were the tallest towers lacked robust foundations. New winners are emerging and it’s critical that the invincibility mentality of old is parked in the back of the garage if we’re all to survive and new normal arrive.

Investing resources close to the customer and a relentless focus on growth have left under-invested engine rooms. Complacency is unaffordable in a disruptive economy, which is now set up for continuing cycles of disruption, even after covid expires. The old boasts of high retail store counts and massive scale have flipped into burdens of capital expenditure. Taking the Number 1 Underdog attitude to the marketplace will keep engines firing in times of opportunity and crisis. 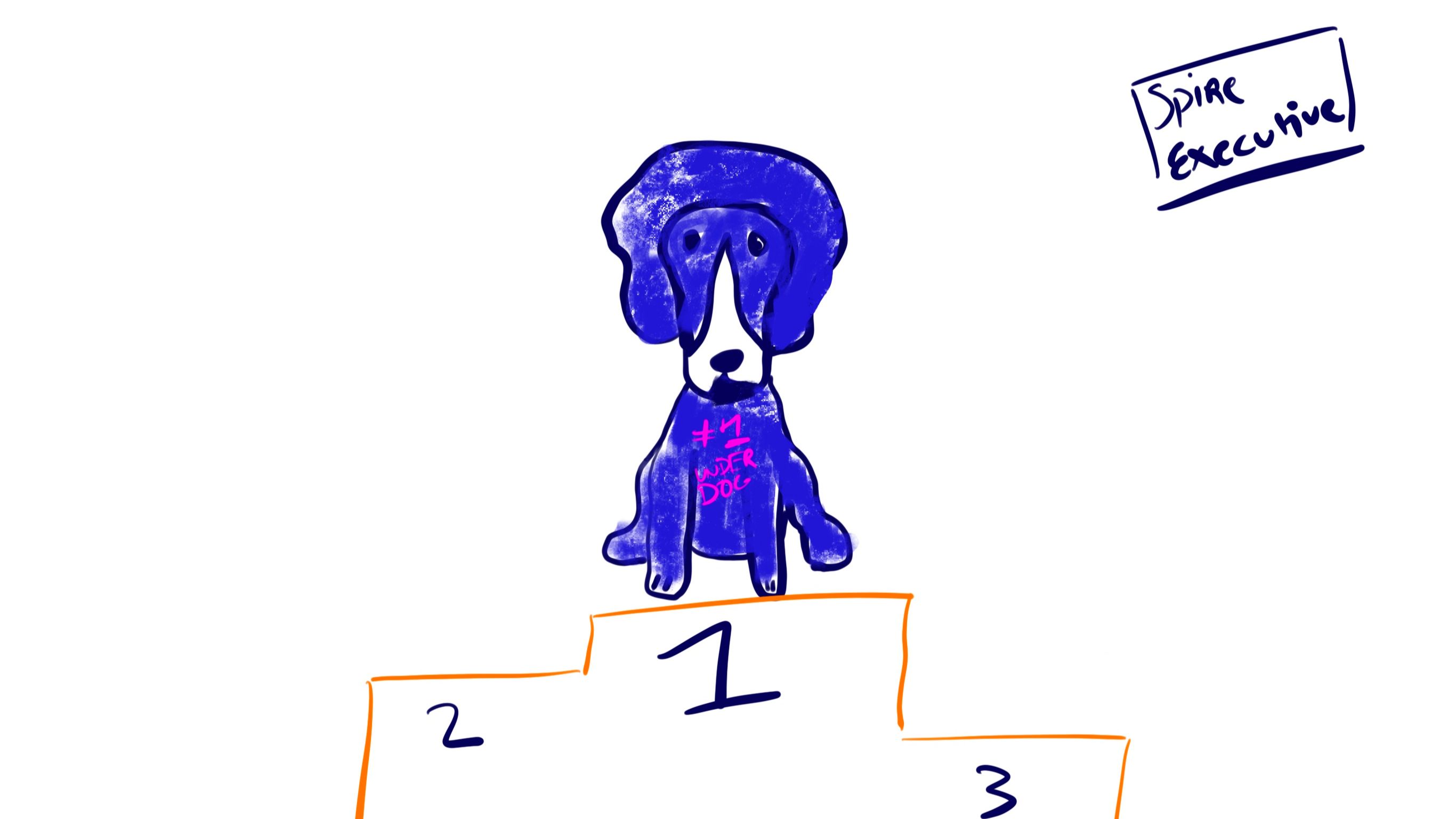 The #1 Underdog knows victory is far from guaranteed, yet they’re confident in getting to the outcome. The #1 Udog knows it takes work, it takes stepping up and it takes in our world today the pursuit of steps of excellence and an insatiable hunger that exists outside of incentives, from the CEO level down to the Manager level. Legacy Building Incentivisation.

Tempuraed Performance
Leading any marketplace for a sustained period of time understandably builds complacency, as much as we say we’re constantly looking to improve and compete we always temper our own performance so as not to over exceed our targets, which if achieved can make the following year’s expectations harder to surpass than the last. This is rational thinking within the frameworks that we’re given.

Seth Godin recounts a personal story in his new book “The Practice” where he and some friends took fly fishing lessons and Seth decided to cast a line without a hook. Whilst his peers with every attempt sought a big catch, he was able to go out and focus on technique, with no other incentive other than the perfection of the casting. The result, a better cast than the company around him. Focus on the practice rather than the outcomes and the results will come.

If we’re to innovate out of this glut, any innovation investments need to overcome the data catch22. The numbers don’t exist for returns on the changes we need to make. Selling fundamental (first time, never before achieved in your industry environment) change is incredibly challenging because it takes winning over the belief of others rather than convincing with facts.

We don’t need to become software engineers
The incoming cohorts of coding whizzes, algorithmic thinkers will more than satiate our global talent needs (very different to corporate demand for talent). Creatives and mental engineers (relationship builders that succeed in a more closed off-world) is what the world will have in short supply soon enough. The fantasy novelist is what’s needed in the commercial organisation, that person who can not only describe to you a new world, but one that leaves you feeling excited about the opportunity of becoming a member of this new landscape.

The Corner Has Turned
Even as the crisis deepens there is a strong reason to be hopeful, despite rising case numbers the introduction of multiple vaccines represents mankind’s counter-attack. A sustained and difficult climb through unchartered and treacherous terrain.

The changes that we see take place in 2021 will make 2020’s changes pale in comparison. Many of which will be unwelcomed, however we will see progress. Last year has birthed creativity and ingenuity at massive scale, at an individual and an organisational level. There’s many a reason to be optimistic balanced with a clear sense of reality, 2020 is the year of the famous Stockdale Paradox.

Like the Allied Forces, good will triumph, eventually
The Allied Forces of Hong Kong were most certainly surprised, surprised at how fierce and prepared their foe was. When the fighting did take place Martin told of the valiant effort made by the defending forces, stories of heroism and tragedy.

Only after a joint effort was victory possible for the Allies, now everyone’s attached to our current situation, there’s an opportunity for this year to be a great unifier considering we all share the end of this pandemic as a common goal. Expect more stories of bravery and human ingenuity to drive the majority of us through this climate.

If you have time, take a trip into Hong Kong’s history.

1 thought on “The Number 1 Underdog”